■The #1 Producer of Shiitake in Japan!・Oita Prefecture Dried Shiitake Mushrooms.

The secret of delicious Shiitake Mushrooms from Oita. 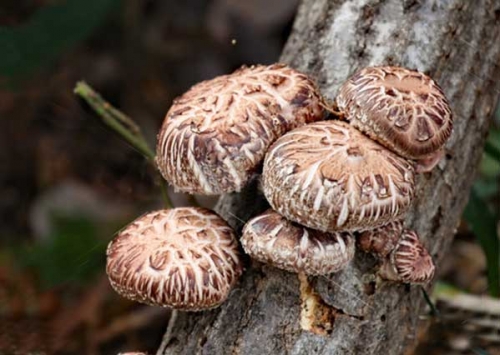 Nearly all the fresh and dried shiitake mushrooms cultivated in Japan and China are cultivated by the "Mushroom Bed Cultivation" method, using an efficient artificial environment.

However, dried shiitake mushrooms from Oita Prefecture are grown only by the "Bed Log Cultivation" method, in a natural outdoor environment that produces mushrooms that are thicker and chewier than those grown in mushroom beds, the taste is considered more "Umami" and closer to that found in naturally growing mushrooms. 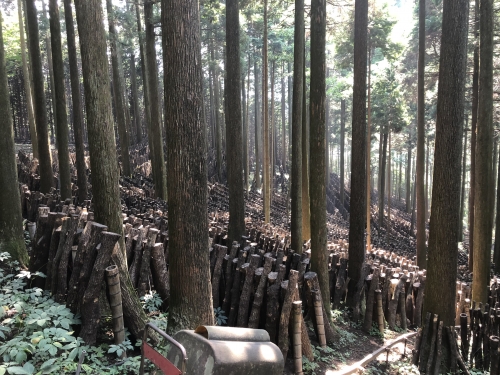 Domestic mushroom production is on a downward trend, due to economic problems and natural disasters, however, in Oita, the government is working with mushroom producers to overcome this crisis.

In addition to ensuring food safety and reliability, we continually make efforts to maintain domestic production in order to ensure the availability of authentic Japanese food.

From 1905 to 1949, the nationwide share of mushroom production from Oita prefecture was 15 to 25%, but it has continued to rise every year and is now about 50% of the domestic share.

▼Presented to the Imperial Family and as a Sumo Winning Prize.

Shiitake mushrooms produced in Oita prefecture have been a given a high rating nationwide both for quality and quantity, and have been presented to each of the Imperial Houses by the Governor of Oita Prefecture, every year since 1981.

About the release of the English version.

The official website of Radizu Co.,ltd. has been released in English....

We released the official site of Radizu Co.,ltd.

We are preparing the official site.

We are preparing right now.Please wait for a while until the release....

※Handling products are purchased from the union.